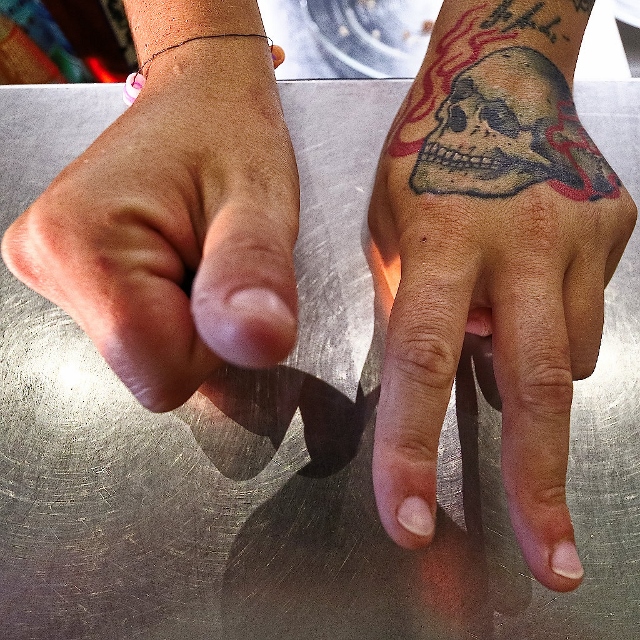 Asia is a waitress at her family’s bar. The other day she was all excited about the idea of learning sign language. The reason for her decision was none other than the impossibility to communicate satisfactorily with a deaf client.

Her announcement elicited laughs of mockery from her workmates and relatives that were at the bar: nothing new under the sun, sometimes we are all victims of a certain mental rigidity and any decisions taken out of standard mental scheme normally causes a uneasiness in others that often ends up being expressed by rage or mockery.

However, Asia went further that stage: that situation, instead of blocking her or making her feel nervous, made her see the multiple possibilities beyond her personal limits. She decided that she didn’t like not to be able to communicate, so that she made an effort to get round the problem: since it was impossible to ask a deaf person to learn how to speak, Asia decided to get to know her language.

I consider this attitude as inspiring as a breath of fresh air. I admit that sometimes out of tiredness, simple laziness or a certain mental rigidity I end up thinking that tourists / foreigners / immigrants should make a greater effort to adapt to local traditions and languages. Nevertheless, this way of thinking, if carried to certain limits, can turn coexistence in a battle field.

In everything we do, it would be appropriate to apply the Aristotelian wisdom of in medio stat virtus (in the middle stands wisdom): while we respectfully ask other people to protect the local culture, we should do everything in our power to understand and open up to other people. We should all behave a bit like Asia and react to the frustration of the inability to communicate by taking a step forward: we ourselves should be to first ones to strive to learn a new language.

A Spanish proverb says: el saber no ocupa lugar (knowledge does not take up place, you can never learn too much). There is always enough room in our minds for extra concepts, experiences and memories that help us open our wings and fly further to see new horizons.