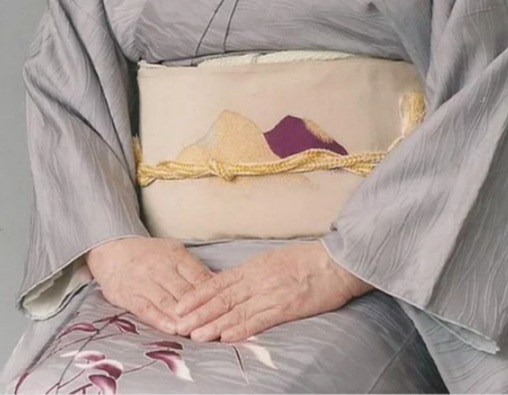 Chiyoko Yamaguchi and her son Tadao were the founders of the Jikiden Reiki Institute in Kyoto, whose seminars have determined my training in Reiki. She was a petite sweet woman  who received her first Reiju directly from Hayashi in 1938 when she was only 17 years old.

The first time I heard her story was during the First World Congress of Jikiden Reiki in Barcelona by his son Tadao Yamaguchi and by Amanda Jayne, her student. Being the second of seven siblings, Chiyoko was raised by her aunt and uncle who took care of her until her wedding day. The members of her new family were committed Reiki practitioners, who gave her treatments whenever her health needed it and who signed her up for seminars to bring that skill to her new family when she got married.

The detail of her story that most caught my attention was that the uncle who was responsible for her education was convinced that in the rural Japanese society at that time, where many people did not have access to doctors and medicines, the ability to reestablish balance and therefore maintain health was the best gift a wife could bring as a dowry. To understand the importance of this choice, one must keep in mind that in those days a Reiki seminar cost almost as much as an average monthly salary.

The greatness of this woman lies in the perseverance and simplicity with which she has practiced Reiki for 65 years in the privacy of her home, even during very difficult times such as the second postwar period, when most energy therapies were prohibited in Japan. I see her like a “protective angel” who has kept all the original knowledge of this discipline until the moment when the world was ready to welcome it. After the Reiki world discovered this original practitioner, she applied herself to spread the discipline with unusual force for a woman of that age.

I haven’t realized the influence her example has had on my own life up to this moment. Since I learned of her existence, I made great changes in my life, moving from a hectic city like Barcelona to a peaceful village of eight hundred people. I decided to create balance between my life and the world around me by dedicating myself to cultivating my food and practicing Reiki to take care of my health and that of the people who come to my office.

When I think of her I always have the strange feeling that I had the first time at the end of the Congress in Barcelona, when her photo stood out on the screen behind us: I feel her delicate presence that watches over me and supports me, like a kind protector who rejoices to see her work spread around the world.